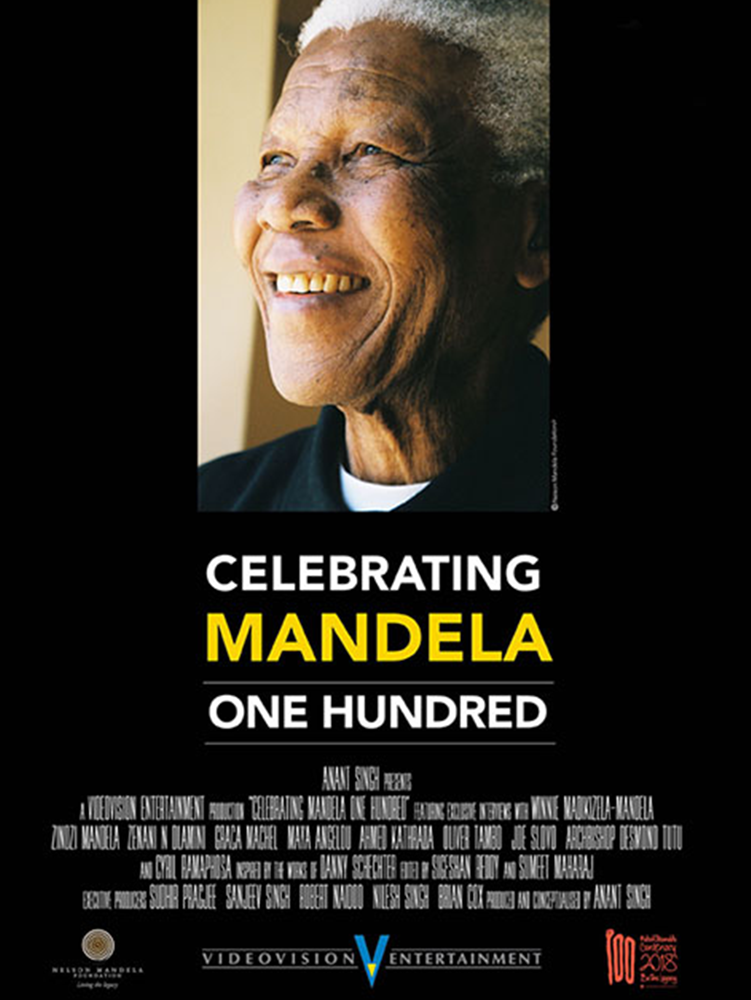 CELEBRATING MANDELA ONE HUNDRED, the documentary feature conceptualised and produced by Anant Singh will open the 15thAnnual KwaZulu Natal African Film Festival on 5 December 2018 at the Ekhaya Multi Arts Centre in Kwa Mashu.  Whilst commemorating the Nelson Mandela Centenary, the screening also observes the fifth anniversary of Madiba’s passing on 5 December 2013.  Singh will present the film which is endorsed and supported by the Nelson Mandela Foundation.

Anant Singh commented, “I am delighted that CELEBRATING MANDELA ONE HUNDRED will be opening the KwaZulu Natal African Film Festival. We are proud to return to Ekhaya with this tribute to Madiba who cast his first vote a few kilometres from here.  Madiba left us a great legacy of selfless leadership and we are delighted to be perpetuating his legacy with this film in our City.”

Sello Hatang, Chief Executive of the Nelson Mandela Foundation said, “It is significant that CELEBRATING MANDELA ONE HUNDREDopens the KZN African Film Festival on the anniversary of Madiba’s passing and in the year we commemorate his centenary.  We trust that the film will motivate those who watch it, to follow his example and live by his principles.  We are grateful to Anant and Videovision Entertainment for preserving Madiba’s legacy through this film as well as many others, including MANDELA: LONG WALK TO FREEDOM. One Hundred Years reminds us of our responsibility to Madiba’s Legacy.”

Edmund Mhlongo, Director of the KZN African Film Festival said, “We are thrilled to open KAFF 2018 with CELEBRATING MANDELA ONE HUNDRED and honour the life of Nelson Mandela who departed on the very same day in December 2013! We celebrate him – the Father of the Nation, role model and Africa’s elder who contributed so much towards the decolonisation of the continent and as someone who was a lover and supporter of the arts! Videovision Entertainment has always been supportive of the work we do, and has partnered with us annually to ensure that film is appreciated in communities as part of our contribution towards sustainable audience development in our province.”

CELEBRATING MANDELA ONE HUNDRED traces Mandela’s life from his roots in the rural village of Mveso, to becoming one of the greatest statesmen the world has ever seen. The film takes us beyond the political and into the personal, and features exclusive interviews with family members, close friends, comrades, politicians and international celebrities, telling us the story of a man who became an international icon.

CELEBRATING MANDELA ONE HUNDRED had its World Premiere at the Nelson Mandela Foundation on 8 July and was screened in Moscow on 18 July by the South African Embassy as part of the official Nelson Mandela Centenary celebrations.

The KwaZulu Natal African Film Festival will run from 5 to 9 December under the auspices of the Kwa Mashu Community Advancement Projects at the Ekhaya Multi Arts Centre, B25 Giya Road, Kwa Mashu.