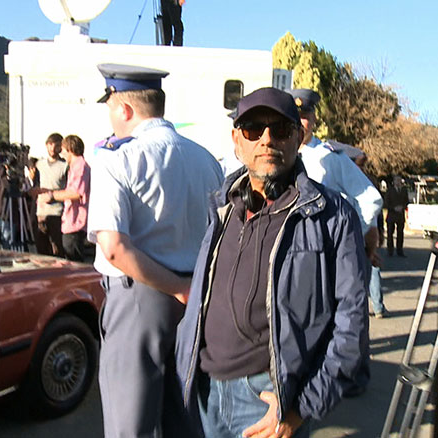 Anant Singh will be participating in the Durban Business Fair on Saturday, 22 September at the Inkosi Albert Luthuli International Convention Centre.

Singh will conduct a Master Class entitled “The Business of Film: Balancing Creativity and Economics” from 12h00 to 13h00.

A resident of Durban, Singh is the founder and Chief Executive of Durban-based Videovision Entertainment which is acknowledged as the country’s leading film production and distribution company. Singh began his film career in 1986 with the production of the anti-apartheid film, A Place Of Weeping which starred Gcina Mhlophe. Singh has produced more than 80 feature films, among which are the Academy Award® nominated films: Mandela: Long Walk to Freedom and Yesterday; as well as such notable film as The First Grader; Red Dust; Cry, The Beloved Country; Sarafina! and Shepherds and Butchers. Singh is also the Executive Producer of Imbewu: The Seed, the daily drama shot in Durban which is broadcast on e.tv.

Commenting on his participation in the Durban Business Fair, Singh said, “It gives me great pride to be conducting a Master Class in my home town. I am thrilled to be sharing my experience as a film producer, and the knowledge that I have gained over the last 35 years with budding filmmakers and young entrepreneurs in the film and television industry, especially those who live in Durban. They are our future filmmakers.”

Singh is passionate about developing Durban as a premier film production centre and will be establishing eThekwini Film Studios on the Natal Command site on the Durban Beachfront. The R7.5 billion development will comprise of essential film production facilities which comprises of sound stages and production workshops, television studios for live broadcasts, editing suites, the Walk of Fame, a backlot set area and a museum of South African Cinema.

The Durban Business Fair which celebrates its 20th edition this year, brings exciting topics and speakers who are leaders in their fields, and is designed to inspire and equip entrepreneurs with the appropriate skills to develop their businesses in a sustainable manner.

Admission to the Durban Business Fair is free and open to the public to attend.

Anant Singh on set of Mandela: Long Walk To Freedom