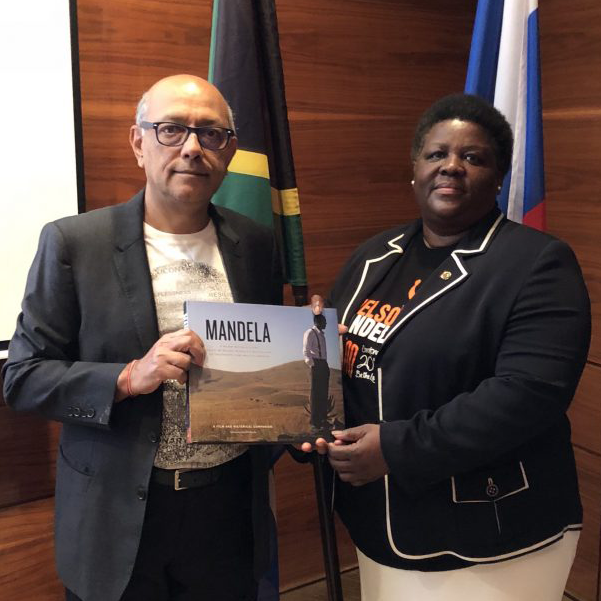 Producer, Anant Singh screened the documentary feature, CELEBRATING MANDELA ONE HUNDRED which he produced to commemorate the Mandela Centenary at the official Mandela Day celebrations of the South African Embassy in Moscow hosted by Ambassador, Nomasonto Maria Sibanda-Thusi.  The screening took place  earlier today at the Lotte Hotel in Moscow and was attended by the diplomatic corps based in Moscow, Russian dignitaries and media.

Speaking at the screening, Singh said, “As we celebrate Nelson Mandela’s Centenary, we should reflect on his life and his legacy. A humble leader who readily admitted strengths and weaknesses. A son of Africa and a global giant who inspired his people and the world. To honour him we should all emulate him. We miss him.”

Pictured at the event is Singh presenting the film and historical companion book of the film, MANDELA: LONG WALK TO FREEDOM to Ambassador Sibanda-Thusi.